Just a few notes and video of  some of the other airgun manufacturers at the SHOT Show.

Of all the booths at the SHOT Show, one of my favorites is the Air Arms booth.  Very elegant, compact, and full of products.  Of course, the most interest was in the two new air rifles introduced at this show, the FTP900 and the Ultimate Sporter.

The ‘FTP’ is rumored to stand for ‘Field Target Professional’.  It is the next generation of dedicated field target rifles, following the successful EV2 rifle.  This rifle comes with a regulator, a Lothar Walther match barrel, and so many ways to adjust it that it would warm the heart of a professional contortionist.  As one might expect of an upper end modern pcp rifle, it comes with a shrouded barrel, including a built-in air stripper.  Customers have the option of ordering a free floated barrel version if they so prefer.

According to AA Sales & Business Development Manager, Simon Gibbon, it is available in the UK right now, but has not yet landed in the US.  And all current production rifles are 12 ft. lb., although a higher energy model may become available at some time in the future.

The second product introduced is the Ultimate Sporter.  It is basically an upgraded version of the S510, with a new adjustable laminated stock that offers customization to the owners preferences.  It is designed as a hunting rifle, and comes in both .177 and .22 cal.

Here are the brochures; 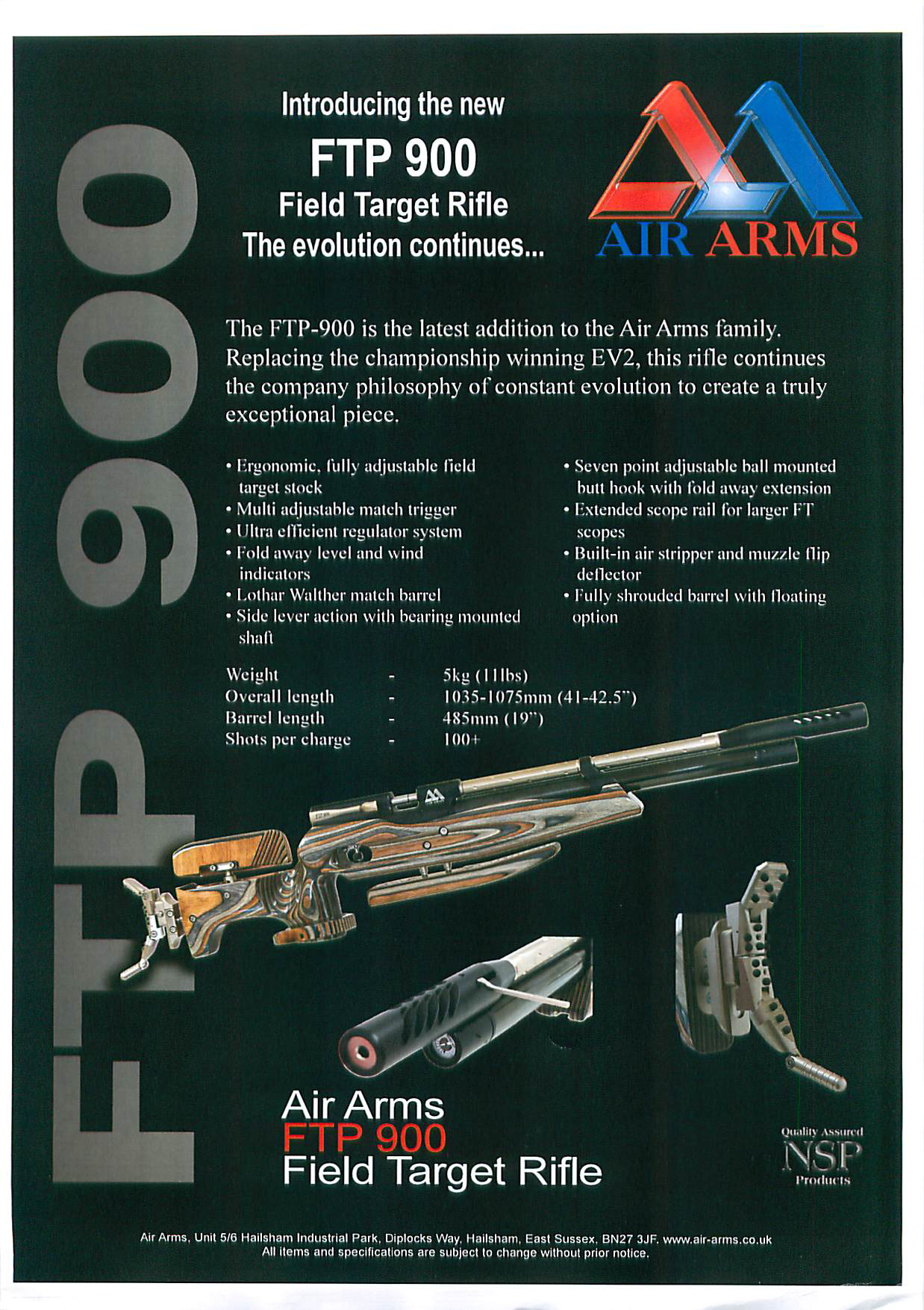 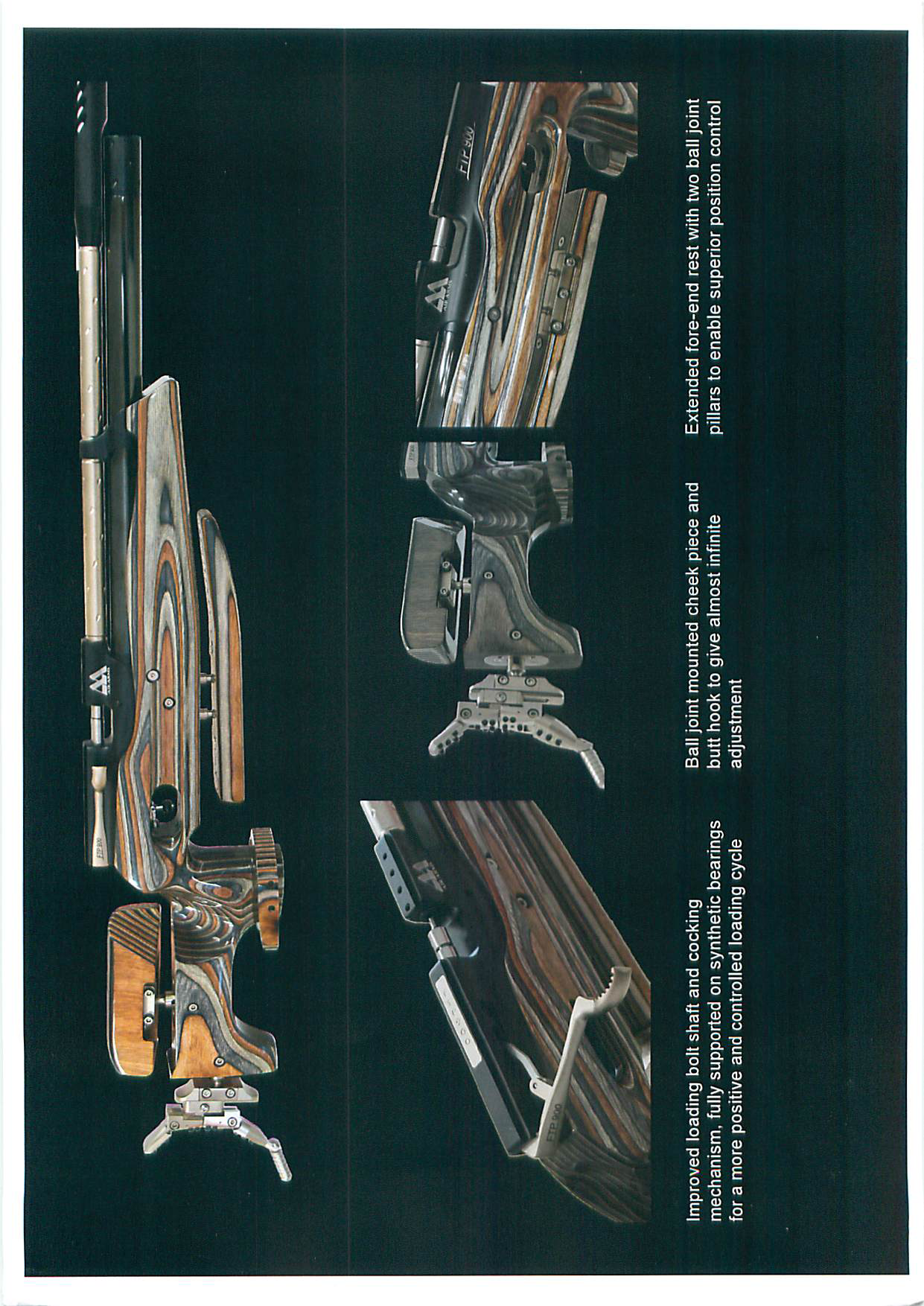 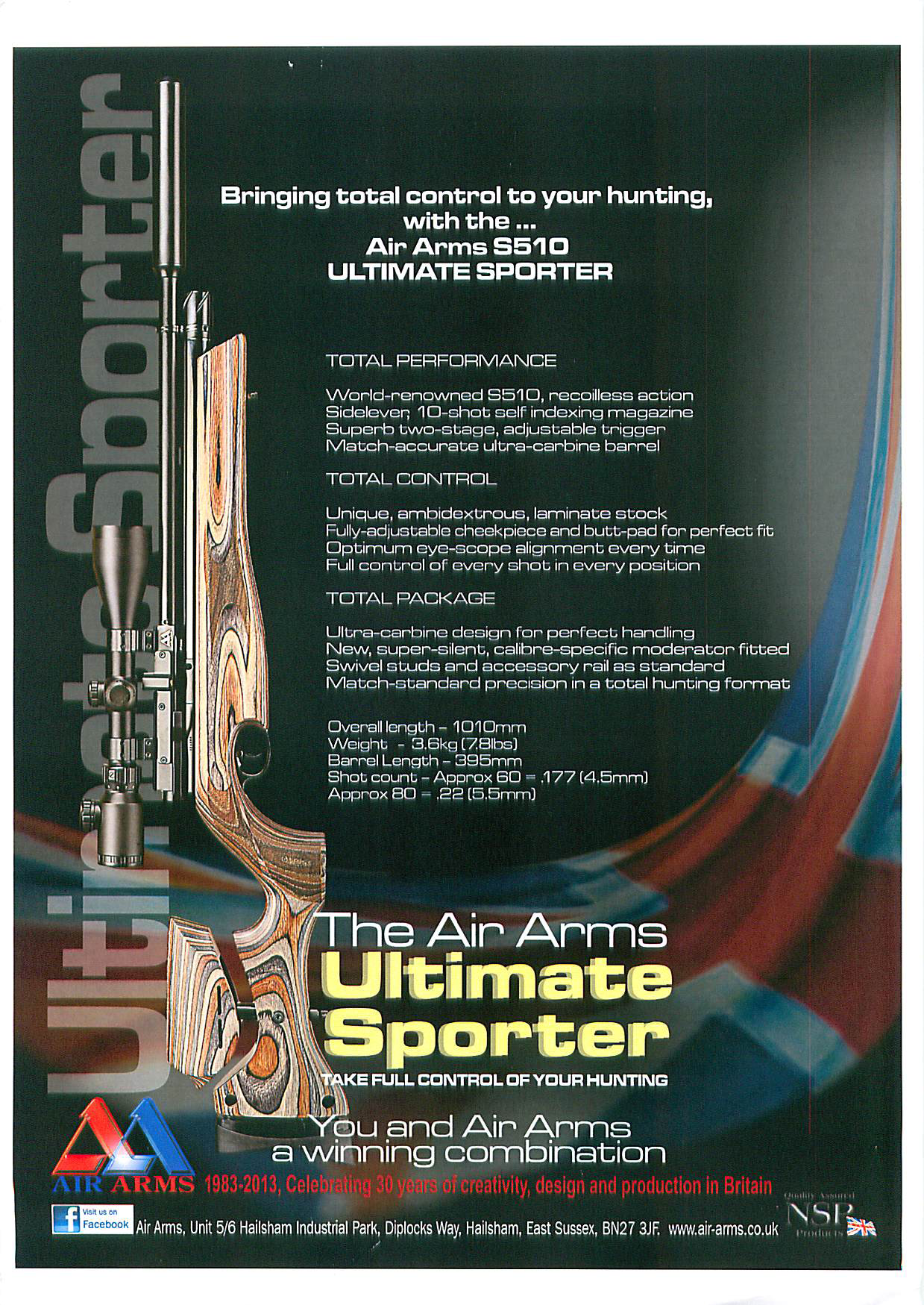 Simon did a very thorough interview, covering all aspects of both rifles in just a few minutes.  Unfortunately, this is where the technology caught up with me and my audio is unintelligible due to high levels of background noise.  It’s so bad I can’t post it.  So, I hope others had better luck and will post audible reports.  I know Paul Capello took some video at the AA booth, and hopefully his turned out better.

I did include a short video of the booth, which I would have voted a prize as it was one of the more classy exhibits at the show.

You can find more information about Air Arms online here;

I stopped by the Norica booth with my airgun bud Bob Sloan.  While I was busy working, doing my job, setting up equipment for video, gathering information, etc., Bob was busy schmoozing the Norica sales people.

The schmoozing must have been successful, because while I was busy working my tail off,  Bob walked away with a new Norica gas ram unit, courtesy of the Norica booth staff.

As with most airgun makers, Norica has jumped onto the gas ram bandwagon.  This is their new product introduction for 2014, a series of 4 gas ram rifles.  We were unable to speak with the technical people, but the advertisement shows a gas ram with a ‘recoil absorption system’, which looks remarkably like the new Crosman Nitro Piston II recoil arrester.  The four new models include the Hawk GRS, the Thor GRS, and two different stocks on the Thor Elite Supreme GRS (GRS stands for gas ram system). 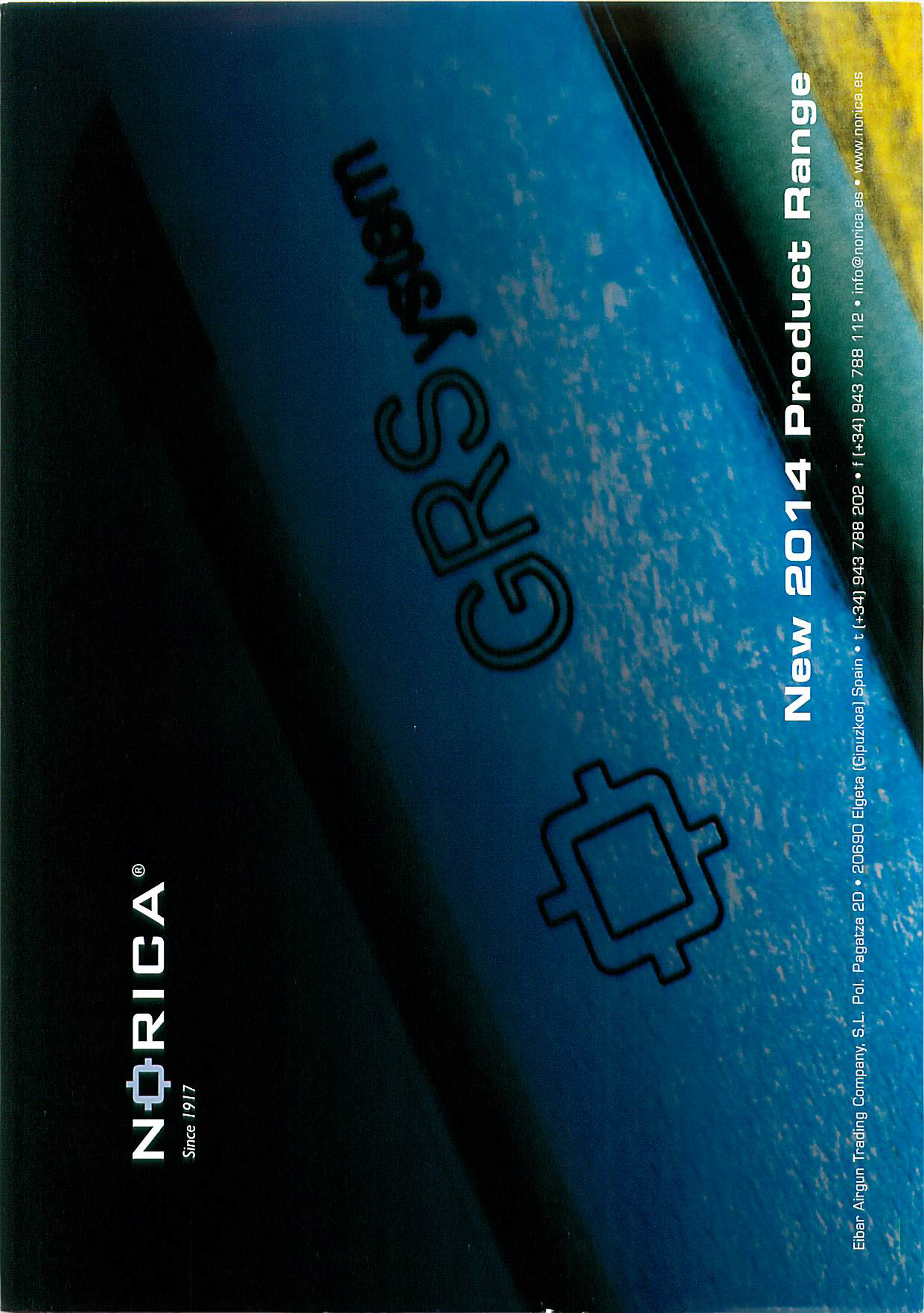 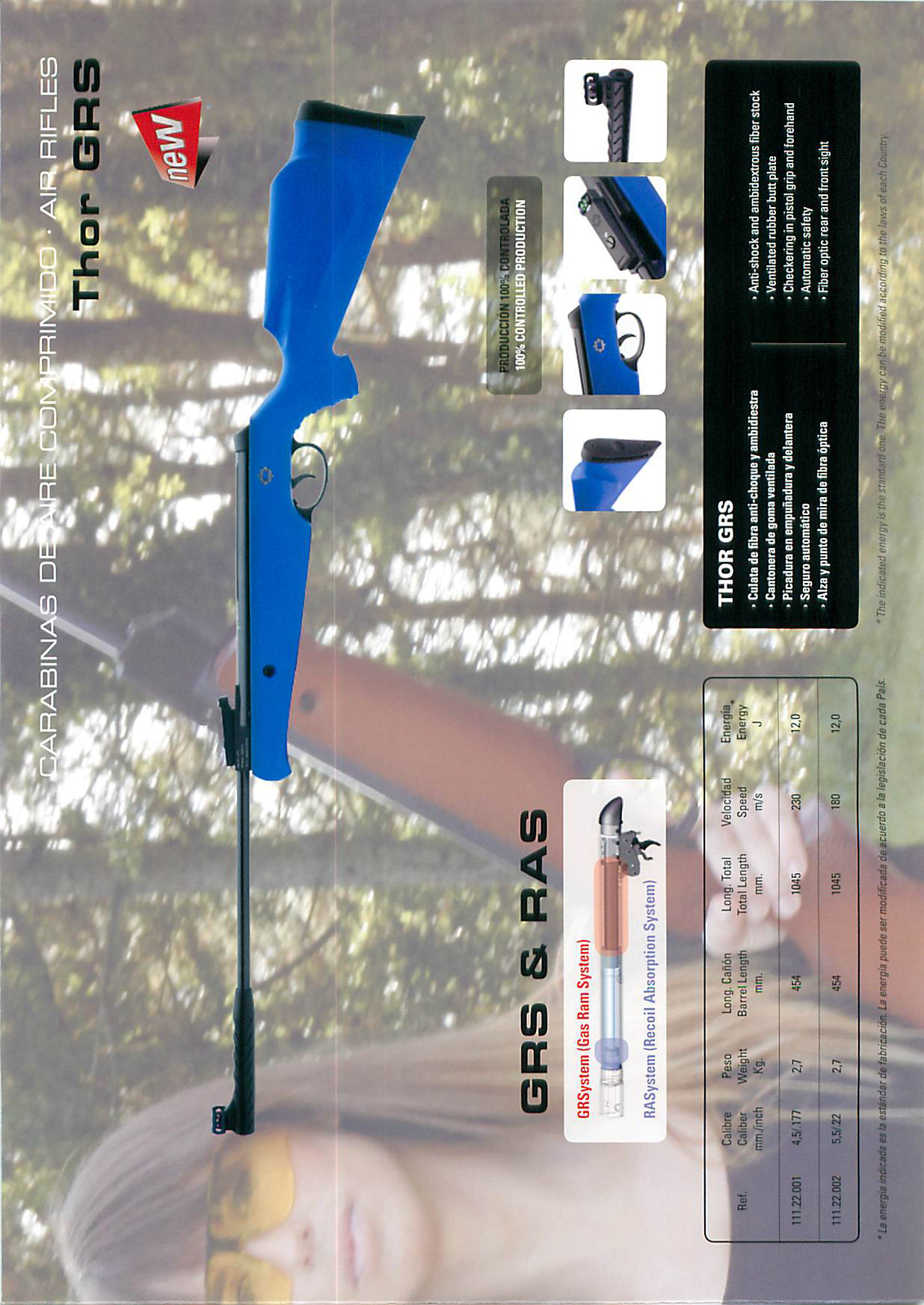 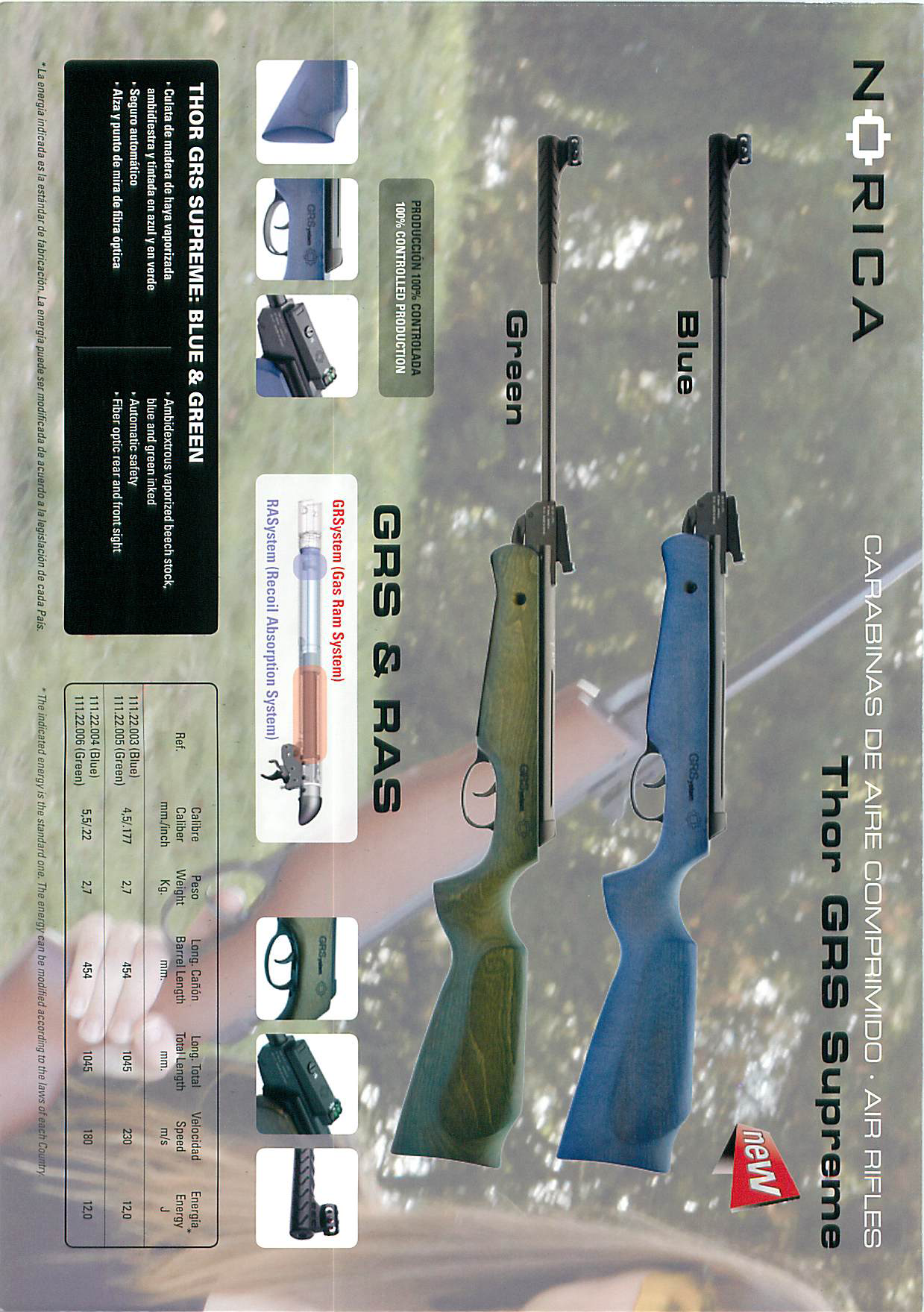 Norica has historically made some pretty nice air rifles, easy to work on, decent triggers, and quite accurate.  The rumor is that Beeman sent one to China to be cloned, resulting in a series of cheaper, lower quality rifles sold under the Beeman name.  The rebranded Norica were then dropped from the Beeman line.

So, normally Bob and I would be pretty excited about seeing genuine Norica air rifles and the new GRS rifles.  Even more so since the new gas ram units are supposed to be a drop in fit to many previous Norica models.  Yes, we should be very excited, except that the Norica line is not available in the US.  You can’t buy one, nor can you  buy the new gas ram for your older air rifle.   Norica was at the SHOT Show in part to try and find an importer for their products.

I don’t know how it turned out for them, but it is a shame that a long-respected line of airguns isn’t represented in the US Market.  Especially now that they are joining the gas ram club.  I know its crowded in that mid-price springer market, but I do hope they find a home here in the US.

More Norica information is available at their website;  www.norica.es

The KaibrGun brand is characterized by bullpup designs such as the Cricket, although they do offer a full length hunting rifle as well.  This year, they introduced the Colibri, or Hummingbird, which is a semi-auto bullpup rifle.  It isn’t available yet, but should be by summer.  Projected pricing will be a bit less than the current Kalibrgun bullpups.  It will be offered in .177, .22, and .25 calibers, and the maker reports a maximum fill pressure of 300 bar, or about 4,350 psi.  Have fun filling that one with your hand pump. 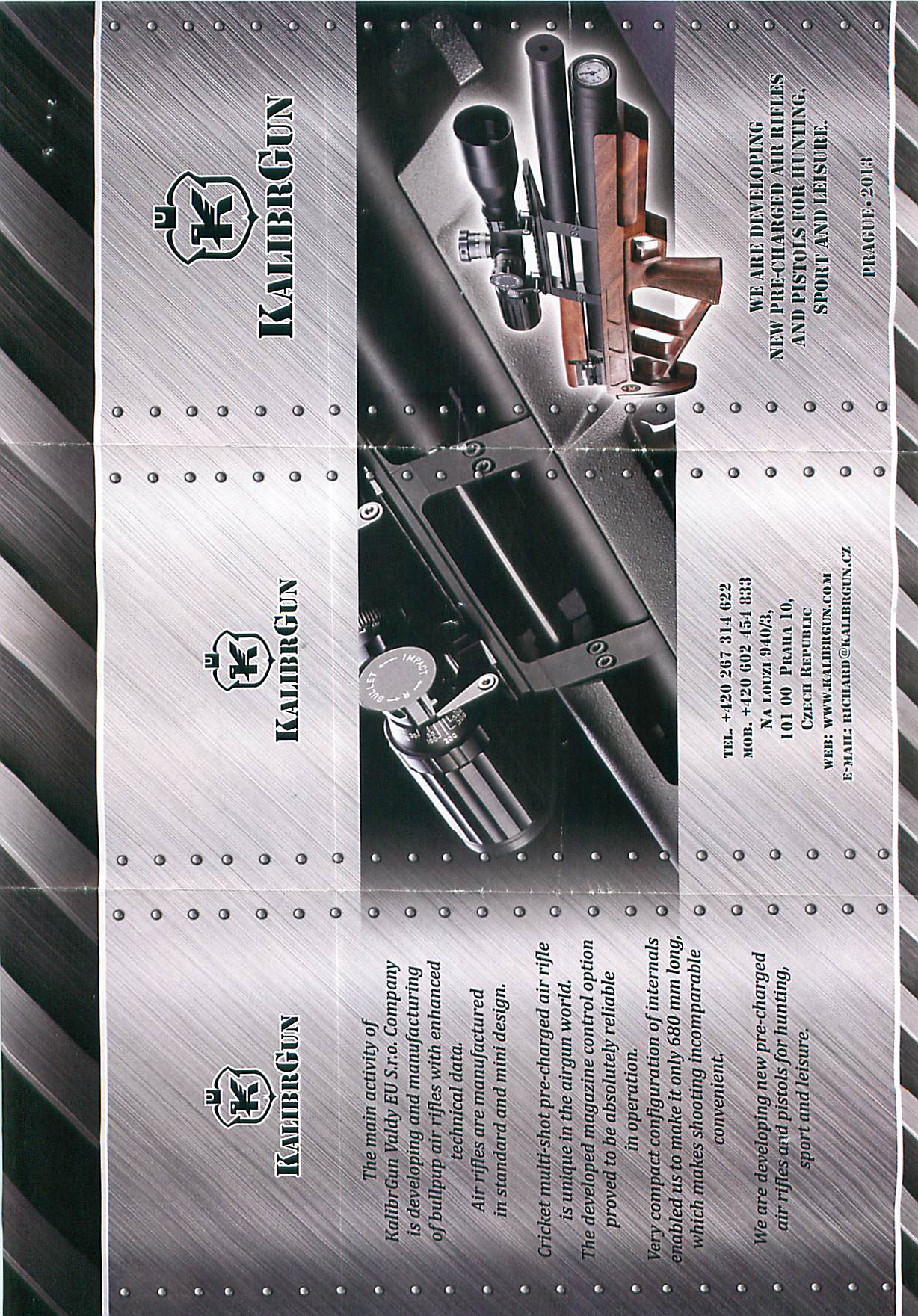 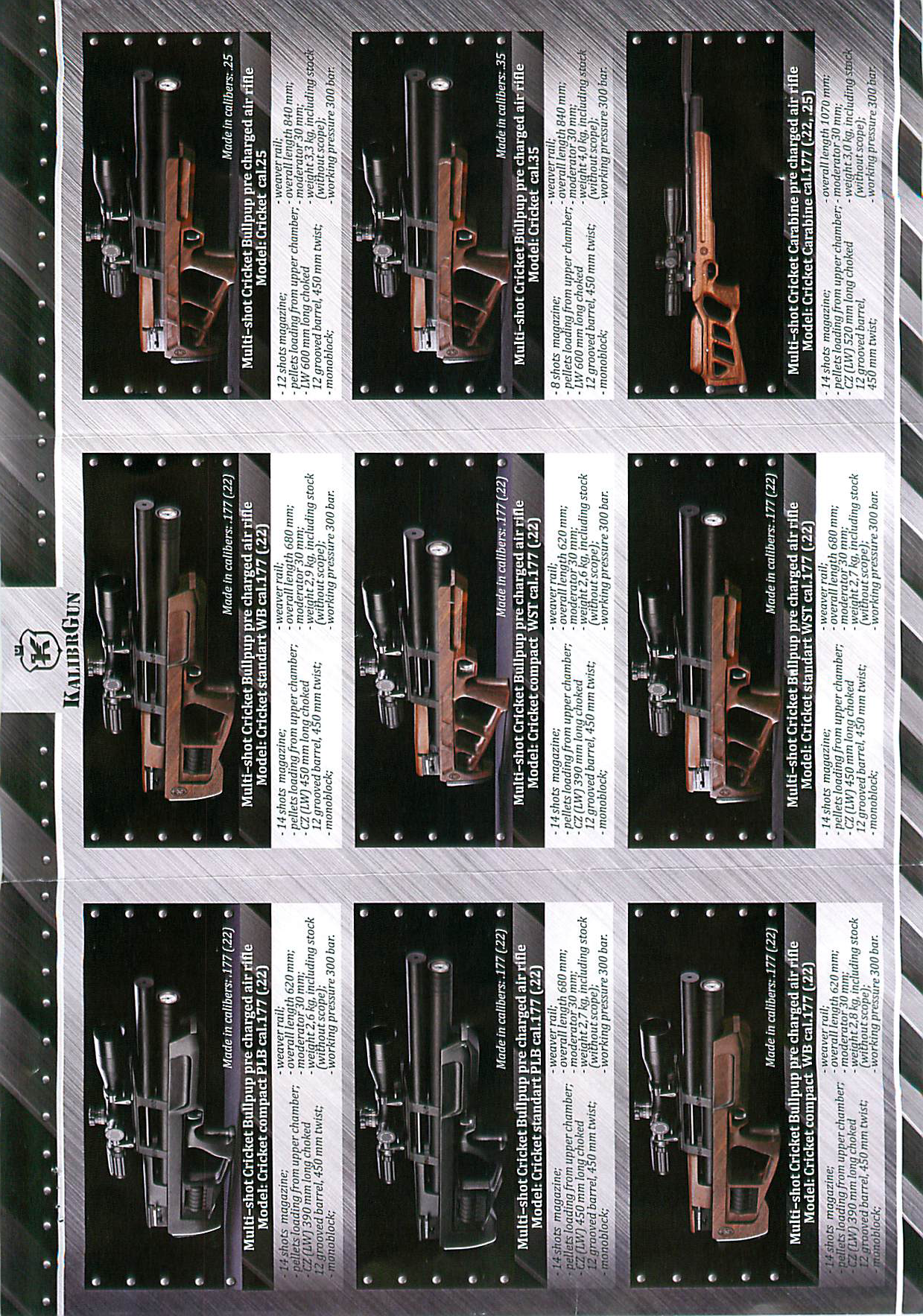 You can find more information online, although it won’t do much good unless you read Czech,  at;  www.kalibrgun.com

I’d check here for more information as it becomes available;