If you are like me, you won’t recall the first time you heard about Hatsan (pronounced hot-sawn).  I’m pretty sure I didn’t know about them 5 years ago, but more recently,  I stopped by their booth at the 2012 SHOT Show, so I must have been aware of them at that time.  And I remember being blown away by all the models and variety they were offering, in what looked like pretty nice airguns.

In the time between the 2012 and 2014 SHOT Shows, I’ve heard plenty about Hatsan.  They must be doing something right, because they are mentioned on the forums on a regular basis, and have much higher visibility here in the US in just a few short years.

At the 2014 SHOT Show, Hatsan had two major introductions.  The first is the ‘quiet energy’ technology for their pcp rifles.  Ok, quiet pcp rifles ain’t new, except maybe for Hatsan.  The new shroud and baffle system are supposed to reduce the sound by over 50%, according to Hatsan USA CEO Blaine Manifold.  So, that seems like a response to customers complaints that the previous Hatsan pcp rifles were just too loud.  Other aspects of the Hatsan pcp line remain the same, albeit quieter.

The other thing I noted was that Hatsan is offering a Vortex gas ram as an option for many of its spring piston guns, both rifle and pistol.  In fact, over half of the Hatsan models can be ordered with a gas ram unit instead of  the conventional coil spring.  So, they’ve gotten into the gas spring market in a big way, as have most airgun manufacturers.

Finally, Hatsan has introduced a new Co2, semi-auto bb pistol, the model 250XT.  It has a 17 shot magazine and is supposed to provide velocities of 430 fps.  The unique thing about this pistol is that the valving is in the magazine, what they call the ‘all in one’, which I hadn’t seen in any other air pistol before this one.  I’ll be interested to see how it operates in the field.

Here’s some of the catalog info; 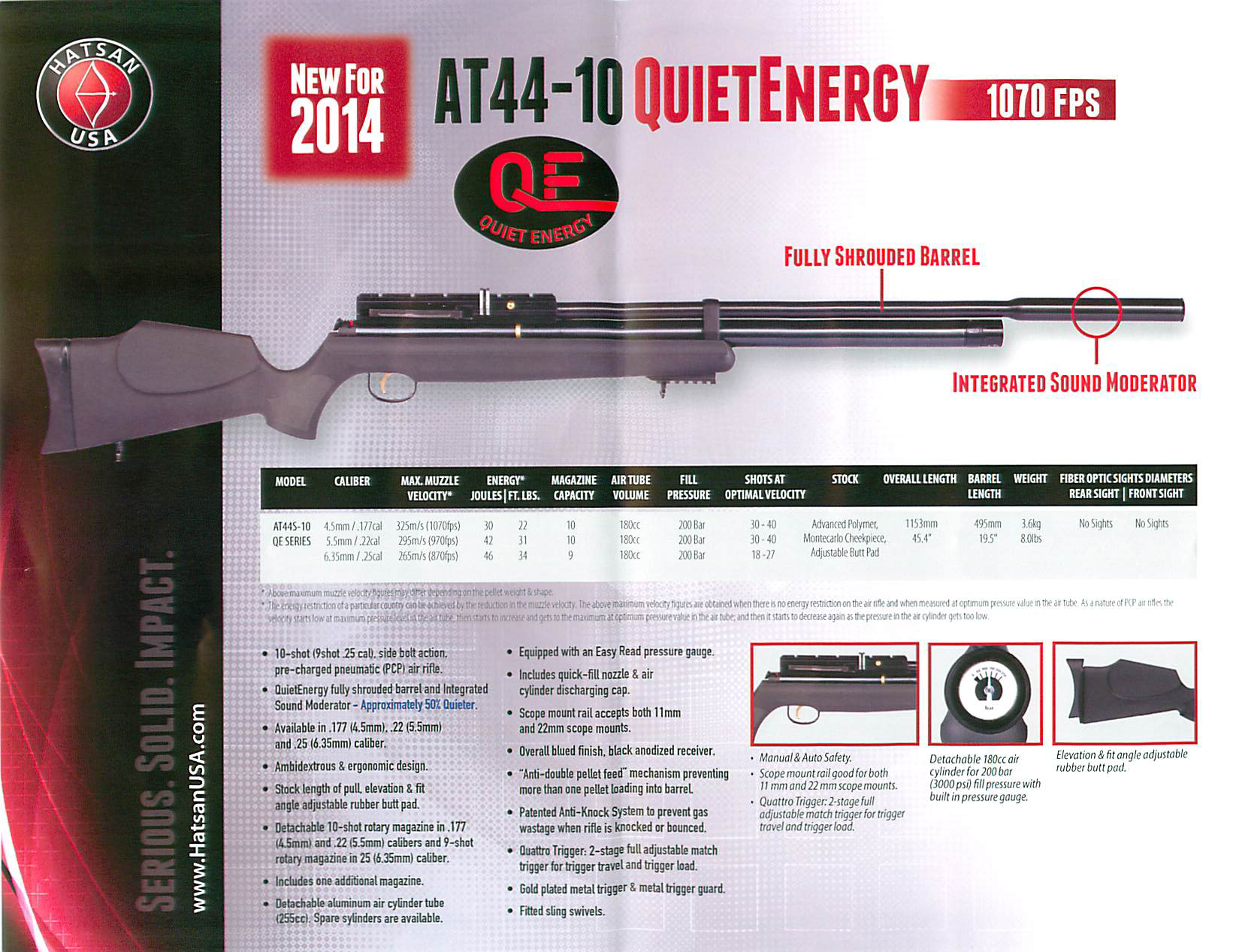 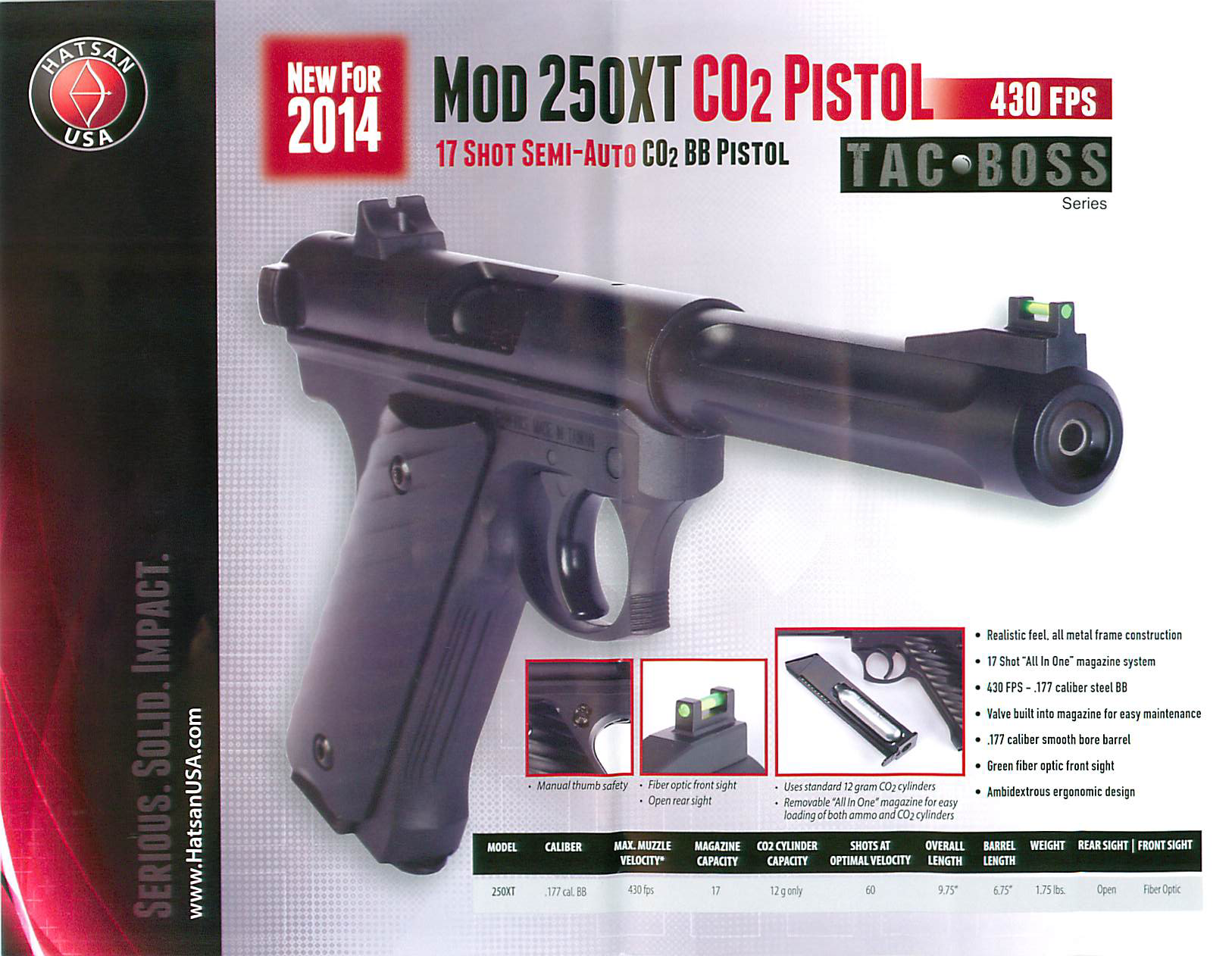 You can find more information about Hatsan online here;