I was supposed to stop by the Umarex booth early Tuesday afternoon, but my brief illness quashed that plan.  Playing catch up, I finally made it there on Friday morning and spoke with Justin “JB” Biddle, Umarex Director of Marketing.  Here’s brief video;

Umarex handles the RWS/Diana line of airguns from Germany, as wall as numerous other brands such as Ruger, Walther, Hammerli, and Beretta.  They also have their own line of branded Umarex airguns, and sell and distribute ammo, optics, airsoft, and accessories.

As with pretty much all airgun makers and distributors, Umarex is highlighting the gas ram rifles, including the new Umarex Fuel, a .177 with a 3-9×32 scope, synthetic thumbhole stock, and an attached bipod.  It is fitted with the Umarex ReaXis nitrogen powered gas ram system, and the SinencAir muzzle break and shroud which uses a 5 baffle noise dampening system to reduce muzzle blast.

In the ‘Built for Fun’ department, the Umarex – Legend series has added a couple of new, semi-auto Co2 air pistols as well.  The C96 is a 19 round drop-free magazine style Mauser replica, while the Makarov Ultra is the 2nd iteration of the historic Russian pistol, this time a blowback version with a 16 shot  magazine. 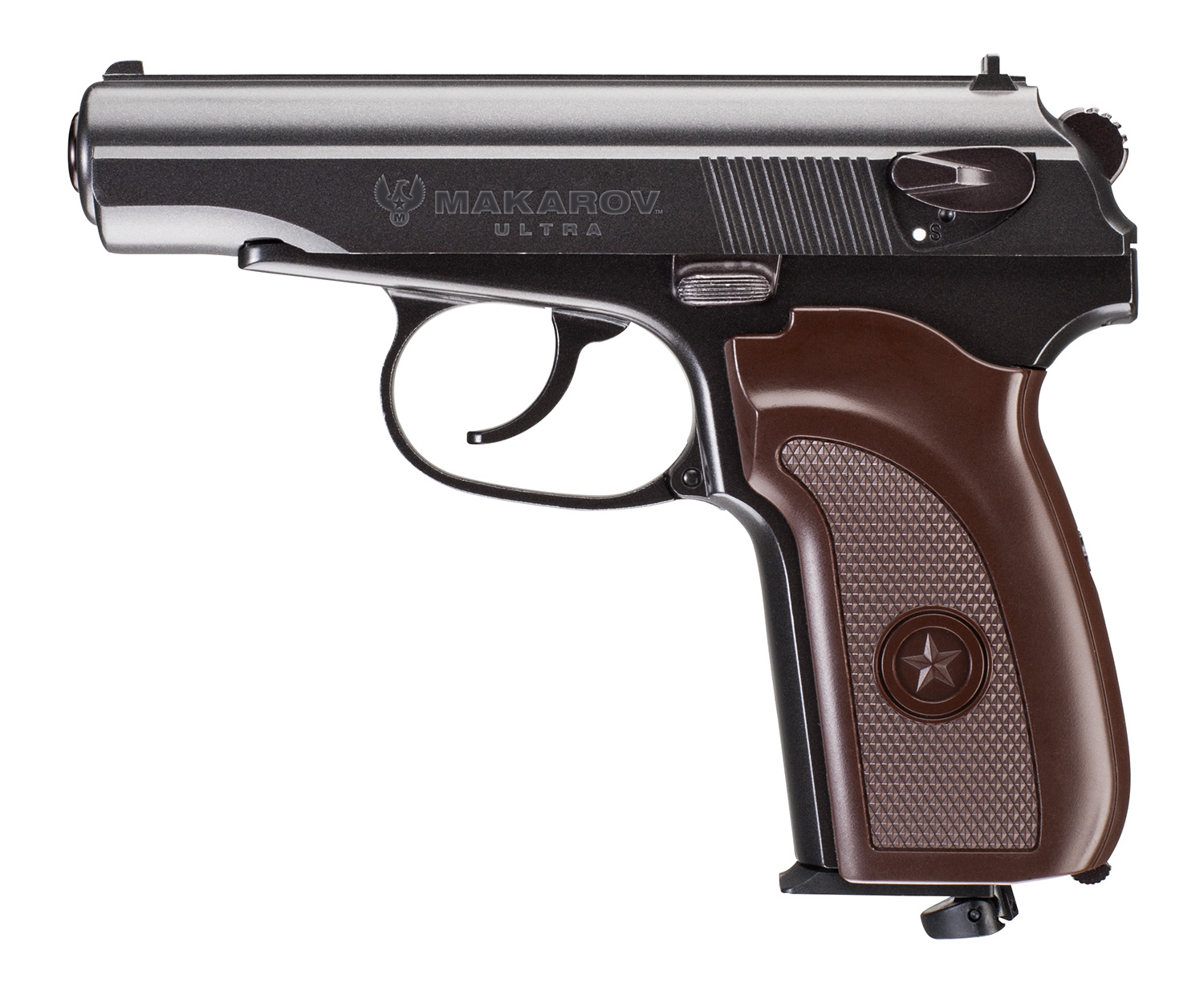 So, for the most part Umarex has built on the previous offerings, with a nod toward the ‘gas ram and quietude’ part of the airgun market.  Still, Umarex continues to find and distribute a mix of products that are just fun to shoot, like these new Legends products, or are a bit more ‘purposeful’ airguns like the flagship Diana/RWS, Walther, or even the branded Umarex models.

And if you are wondering why the photos of these new Umarex airguns are so detailed and clear, its because Umarex provided them within their media packet.  And the media packet was on an USB drive.  I can tell you that while I have always preferred paper to computer monitor, the print catalogs really start to build up after a couple of days.  It becomes a burden to pack around, so I’ve actually come to prefer the little USB drives to the paper versions.  Never thought I’d say that!!

You can find more information about Umarex at their web site here;